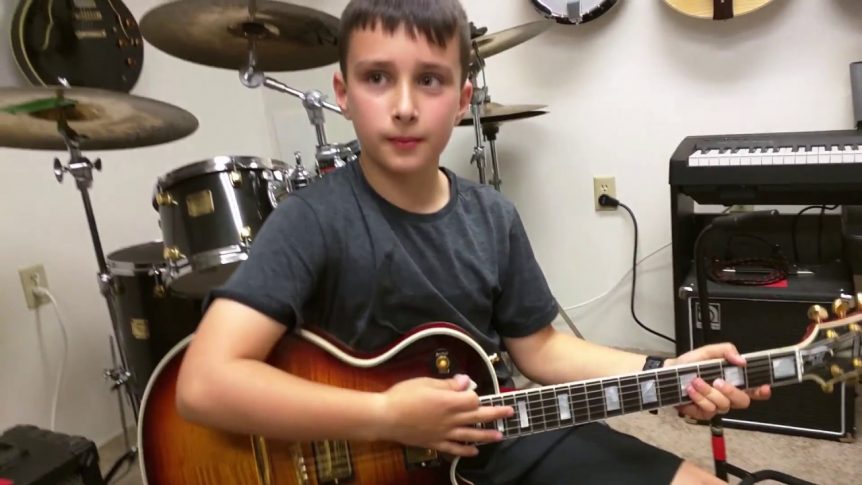 Leo has the most shredding musical tastes of any 9-year-old I’ve come across. Even during his first days on the instrument, he wasn’t satisfied with the main riff from “Smoke on the Water”; he wanted to learn the entire song. Since then, he’s worked on AC/DC, Slash, and a whole lot of Green Day. Some of the trickiest rock songs around are on his to-learn list, including some Van Halen and Queensrÿche. (Seriously, what 9-year-old has even heard of Queensrÿche? Leo!)

As a stepping stone to those really tough songs, we’ve been playing tons and tons of power chords. Here’s Leo demonstrating his power chord prowess on Green Day’s “Holiday”.