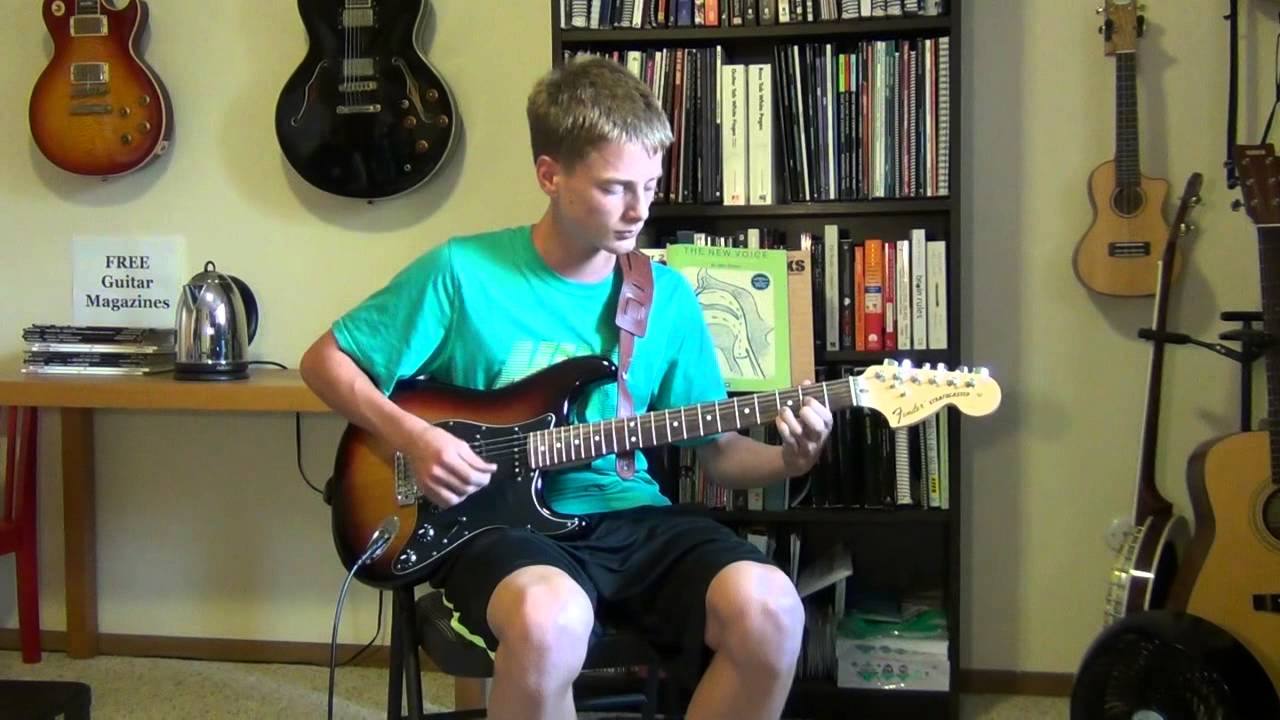 The August Student of the Month is 16-year-old Sam. He’s been playing guitar off and on for seven years, but he’s a relative newcomer to Deft Digits. He started lessons here only three months ago, and he’s plowed through every one of the Note Race exercises I give my students to teach music reading. He even holds the record for the fastest time on the final, toughest level. In my other music reading project, Mystery Songs, Sam has worked his way up to Level 10, as far as any student has made it so far.

Sam’s real passion on the guitar lies in rock lead playing. That was how I first met him a year ago. He played all the lead lines in “Gold on the Ceiling” when I performed it with him and his dad and sister at last fall’s Coffee Shop Jam. A few months later, he started lessons here, and I must say it’s a pile of fun teaching a guy who picks up music so quickly. We’ve spent many lessons on “Comfortably Numb,” including the epic second solo, and we’re about to tackle “Sweet Home Alabama.” Watch Sam rock the lead and rhythm parts in an excerpt from “Comfortably Numb”: