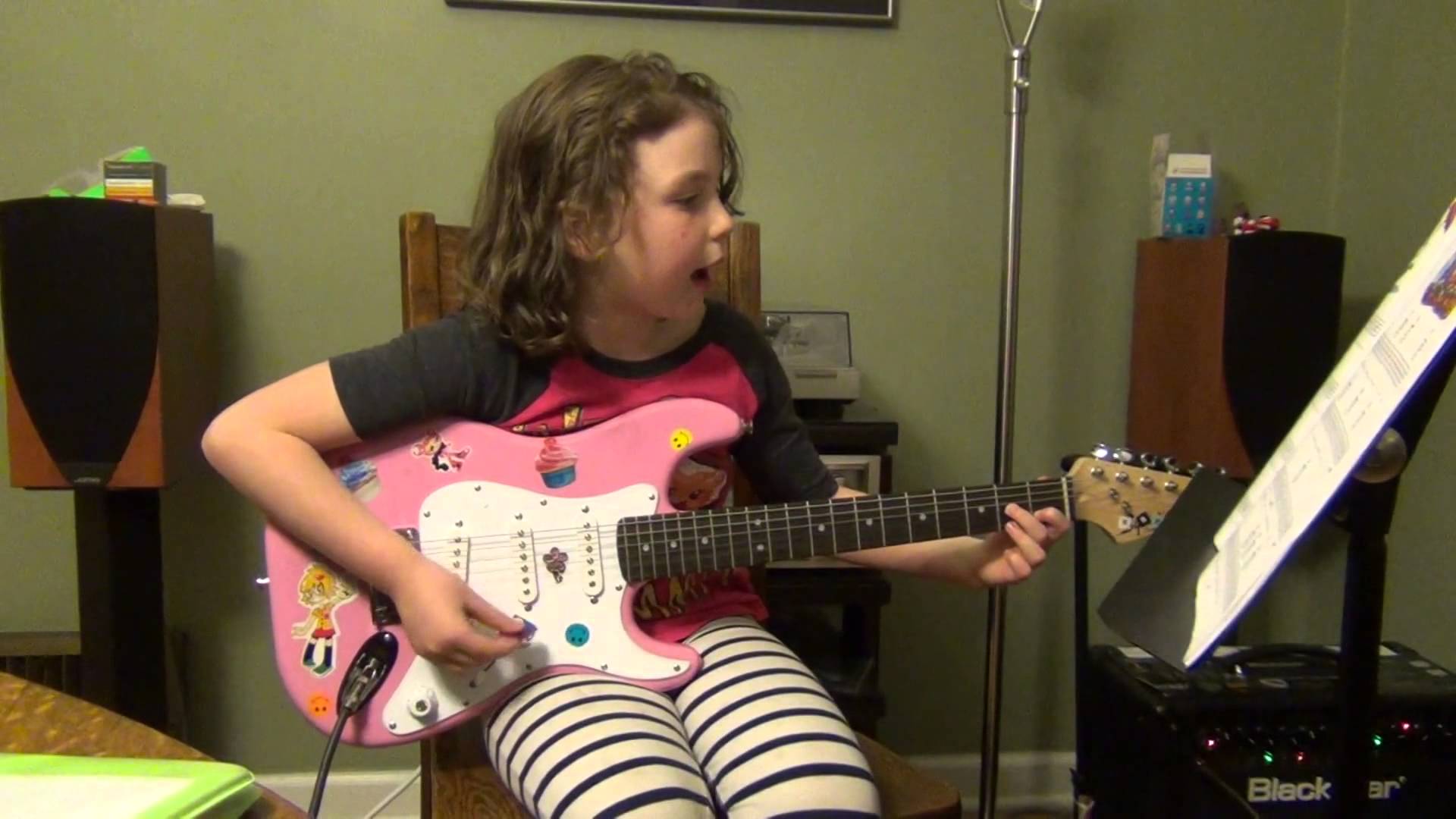 Rakefet’s been taking guitar lessons for a year and a half now. She’s seven years old and already a rock star. Most guitarists, myself included, have a tough time adding vocals to the tricky new guitar skills we’re learning. Not Rakefet. She’s singing something 24/7, guitar in her hands or not, preparing for all the screaming audiences in her future.

Lately, Rakefet’s been working diligently on mastering open chords. In the past few months, she has earned no less than 16 stickers on the eight basic open chords (a small one for playing each perfectly once, and a big one for playing each perfectly on the first attempt in a given lesson). We’ve been applying her new chord skills on some simple songs like “Louie, Louie” and “Come As You Are.” Her latest project is a little more complex: “Cups (When I’m Gone)”.

For her feature video, Rakefet chose to perform one of her favorite songs, “When the Saints Go Marching In.” (I was thrilled to hear of her attraction to the tune; it was my favorite song of all time when I was her age.)