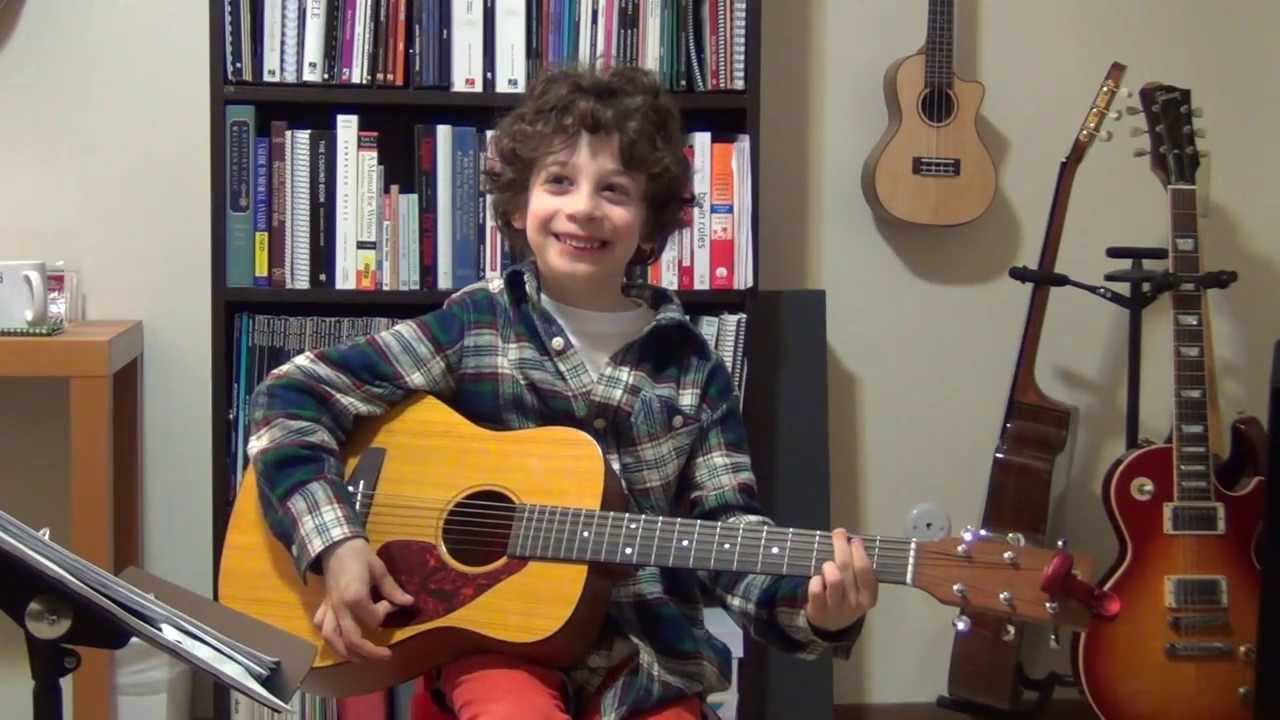 February’s Student of the Month is eight-year-old Augie. The software engineer in me loves Augie’s intellectual approach to learning music. He’s always asking the important questions and making useful observations before I get a chance to point them out.

Augie started lessons here at Deft Digits in the summer of 2012. His musical tastes cover an enormous variety (his “songs to learn” list is as long as my leg), so we’ve covered quite a bit since then. Some highlights: “Somebody That I Used to Know,” “Three Little Birds,” “I Walk the Line,” “Jukebox Blues,” “The First Cut Is the Deepest,” “This Land Is Your Land,” and “Cups (When I’m Gone).” Lately, Augie has been working on singing and playing at the same time, adding more open chords to his skill set, and taking the first steps toward strumming patterns.

For his featured video, Augie chose to play “This Land Is Your Land.” It’s a long song, so we consolidated a bit. If you notice Augie laughing in the middle of his performance, it’s because I was making funny faces behind the camera, trying to get him to smile more, and I might have gone overboard. Heehee, sorry Augie! He handled it like a pro anyway.