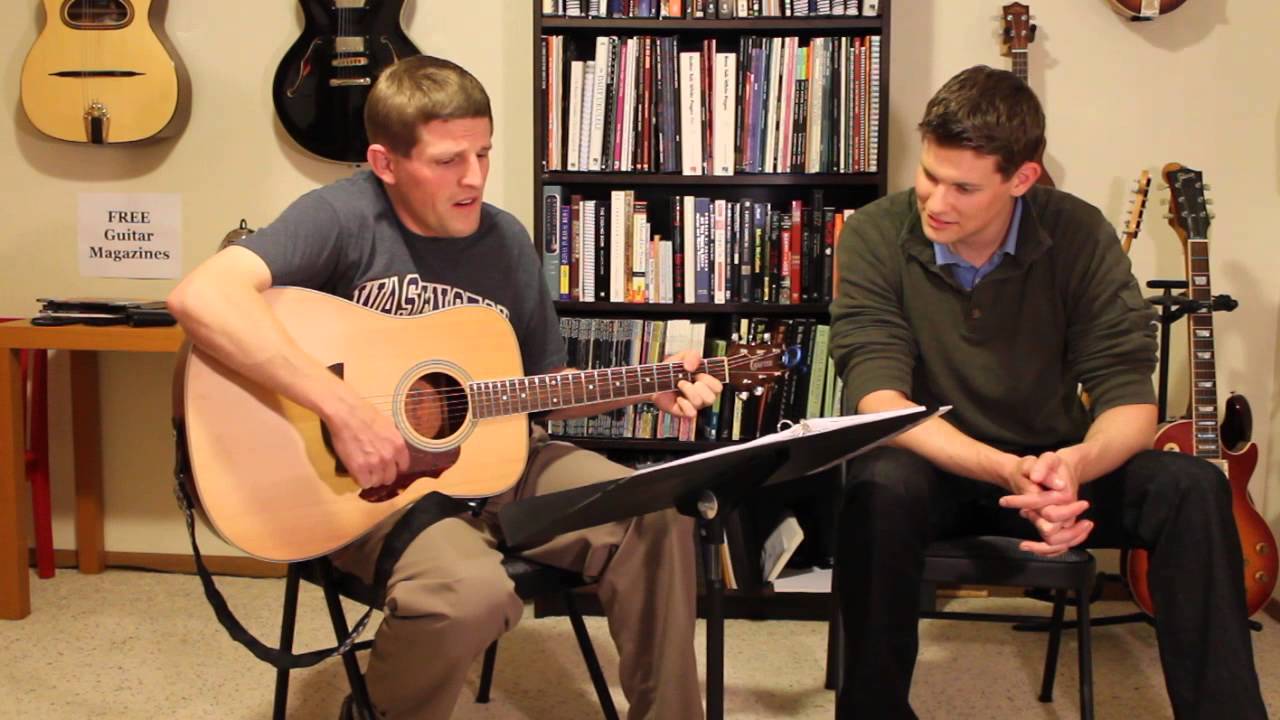 Two years ago, my eldest cousin called me out of the blue and asked me to get him started playing guitar. Say hello to the November 2013 Student of the Month, Andy Walker. He’d never studied music before, so we started with a trip to the local music shop, Trading Musician, and I helped him pick out the best entry-level acoustic in the house.

In the time since Andy’s enthusiastic entry into the guitar world, he’s learned songs by Johnny Cash, Velvet Underground, Bob Dylan, Tom Petty, AC/DC, Creedence, Willie Nelson, The Rolling Stones, and many others. We’ll work some Springsteen and Eagles in there pretty soon. What impresses me most about Andy is that he finds time to practice. His job sends him jetting around the world almost every week it seems, often necessitating a Skype lesson, yet he still makes time to work on his F chords and write songs for his big black dog.