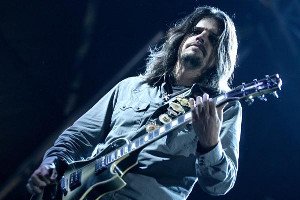 This twelfth installment of the Discover a Guitarist series is a guest post from Robert Kittleberger of Guitar Chalk.

When I first started playing guitar (north of 17 years ago now) I had no idea who to listen to. I remember not being tremendously fond of what I heard on the radio or of what most of my friends listened to; but at the same time, I didn’t know any better.

At some point during the early years of fumbling through the basics of learning guitar, a couple of my skateboarding buddies (definitely can’t do that anymore) introduced me to three bands: Radiohead, the Smashing Pumpkins and Tool. To be honest, I don’t remember how old I was, maybe 15, all I know is that I became fascinated with Tool’s music and particularly Adam Jones’s guitar playing.

If you listen to Tool’s albums, Jones isn’t particularly fast or even “technical” in the strictest sense of the word. Instead his guitar playing is intensely rhythmic, fitting in seamlessly with the complex beats and bass lines that Danny Carey and Justin Chancellor are constantly laying down. Tool’s music is almost always complex and rhythmic, yet somehow, Jones’s guitar fits in perfectly with every track.

After being exposed to Lateralus, I went back and listened to Aenima and Undertow, both of which are fantastic albums. Unfortunately, they’ve only released one album since 2001, which was 10000 Days dropping in 2006. So for the last 12 or so years, I’ve been largely influenced and inspired by the guitar playing on those first three albums.

The Simplicity of Jones’s Style

My early exposure to Jones’s playing is largely responsible for my high comfort level with drop-D tuning. Aside from the occasional venture into drop-B, Jones rarely deviates from the well-known D-A-D-G-B-E tuning, as nearly all of Tool’s tracks are played in it.

Furthermore, the riffs that Jones comes up with are often deceptively simple in notation, yet extremely complex in terms of timing. Take for example his work on “The Grudge” off Lateralus. The guitar in that song sounds great, but if you look at the tablature, it’s a lot of zeros–because Jones is frequently using the low open D, or “the sixth string.” Yet when you listen to the song, the rhythm is so well thought out and powerful, that you don’t really even notice you’re hearing the same note over and over again.

Now of course not all of Tool’s songs are this simple in notation, and even “The Grudge” has its tonal complexities. But the concept is fairly consistent, and after several years of listening to this music, it truly began to improve my rhythmic abilities on the guitar.

I’ve always believed that one of the most important aspects of playing guitar is being able to effectively keep time and play in a distinct rhythm. You can have the most beautiful arpeggios and arrangement of notes, but if you can’t keep time (and you’re not a one-man show) those notes aren’t going to be worth garbage.

Jones’s playing is an incredible example of what well-placed rhythm and timing can do for musical notes and for the guitar as an instrument. By listening to him I’ve learned how to make each note count for more, instead of piling on speed and “flair” to try and impress.

In addition to being the guitar-brains behind Tool, he’s also the source of nearly all of the band’s art and the director of their extremely bizarre music videos. “Aenima” is an excellent example:

Earlier in his career he helped with the animation for Jurassic Park and the second Terminator movie, so it’s easy to see that Adam has an artistic side that goes beyond the guitar–especially considering how he’s been able to use his creative energy to market and benefit Tool in a variety of ways.

While he’s certainly not the fastest player you’ll ever hear, he’s one of the most interesting and rhythmically competent guitarists of our time. For that reason alone, I would say he’s drastically underrated. 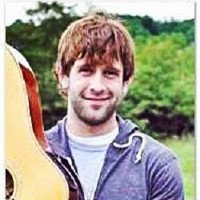 Robert Kittleberger is the founder and editor of Guitar Chalk and Guitar Bargain. You can get in touch with him here, or via Twitter, Facebook, and Google+.