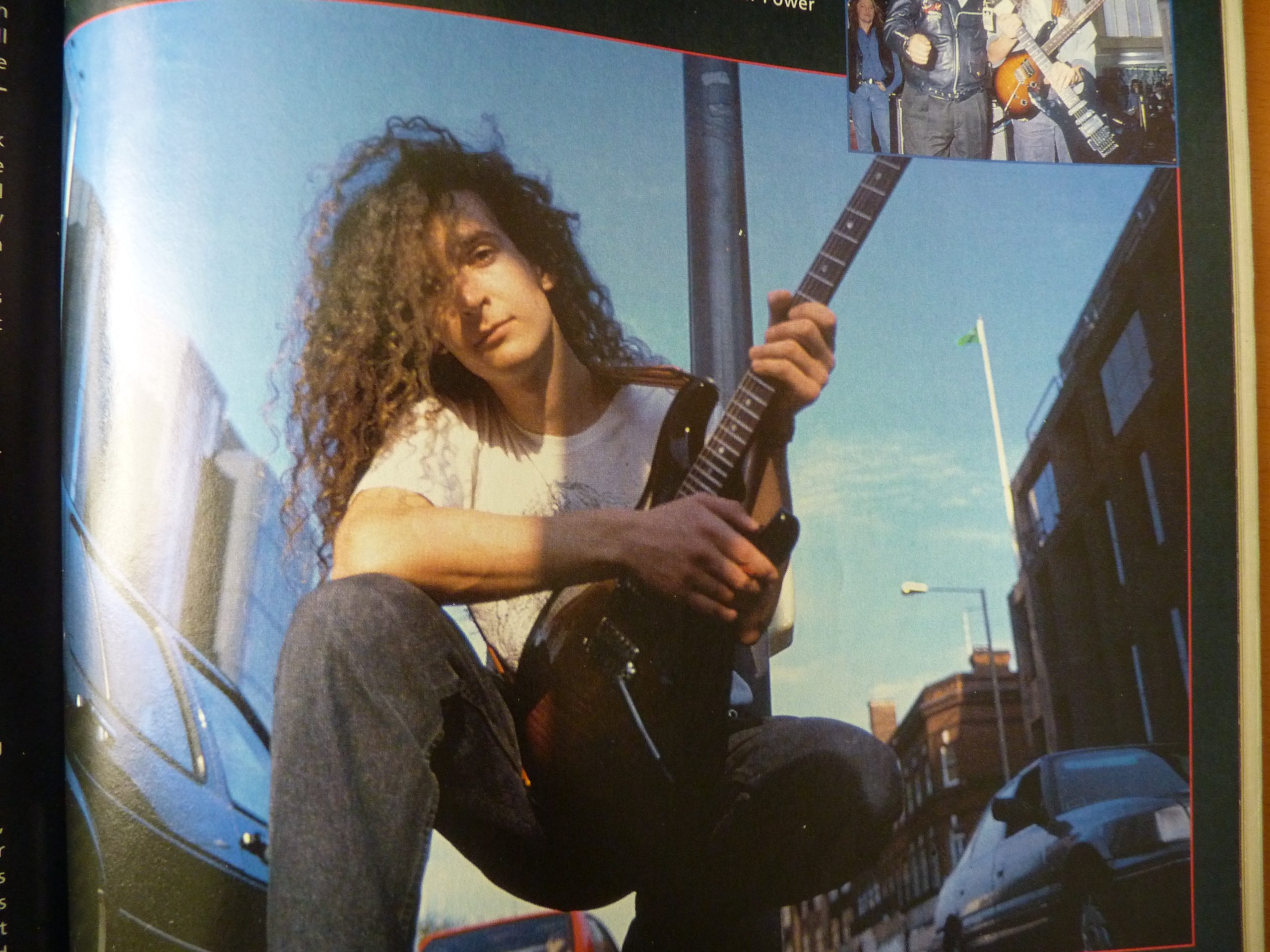 This ninth installment of the Discover a Guitarist series is a guest post from Mark McGuigan. 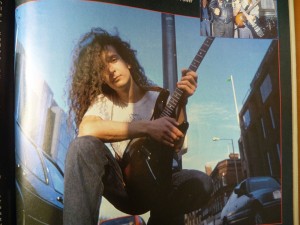 Around five years ago, the majority of the guitar world was unaware of a truly exceptional guitar player from the UK – a quiet, unassuming wizard of the six string: the one and only Mr. Guthrie Govan. Since then his presence has grown to the point that now he is easily recognised as one of the hottest players in the world.

How I Discovered Guthrie Govan

Initially, looking back, I think I first became truly aware of Guthrie Govan through his excellent tuition articles and transcriptions in Guitar Techniques magazine. I also had his Creative Guitar books, bought on the recommendation from a friend, which had a big impact on my guitar studies and playing philosophy at that time. 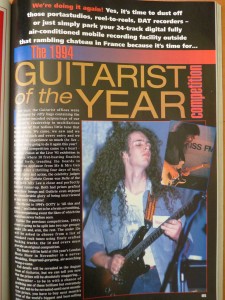 Digging a little deeper I had, in fact, been aware of Mr. Govan much earlier than that. In 1993 he won the prestigious Guitarist Magazine’s Guitarist Of The Year competition.

For kicks I like to think that Guthrie decided to pick up that July 1993 issue of Guitarist, which detailed how to enter that year’s competition, for the same reasons I did; a hero of his and mine, Steve Vai, adorned the cover.

But for whatever reasons, Mr. Govan entered the competition with his now-famous song, “Wonderful Slippery Thing,” and ultimately went on to win, thereby making his first major mark on the guitar world. 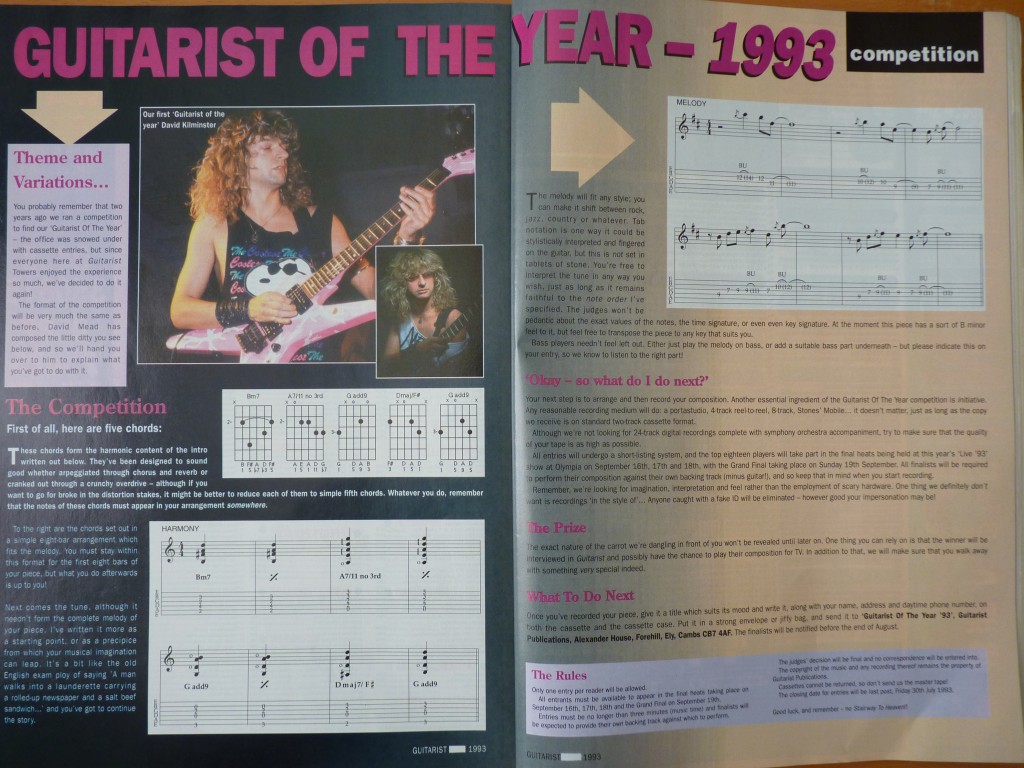 My first exposure to Guthrie Govan’s music was around the same time I was following his articles in Guitar Techniques magazine. At this time a double album called The Alchemists was released which featured some of the guitar world’s cutting edge players such as Ron Thal, Rusty Cooley and Brett Garsed.

Personally I think actually seeing and hearing Guthrie Govan perform live is an unforgettable experience. Before I was lucky enough to see him perform at music shows, I eagerly tuned in to see videos of Guthrie Govan demoing Cornford amps at Tone Merchants back in 2004.

Actually hearing and seeing songs like “Fives” and “Wonderful Slippery Thing” being performed with all their improvised parts was exciting enough but it was the throwaway playing when showing off the range of sounds available from the Cornford amps that took my breath away. The range of styles that Guthrie played with ease and musicality was something to behold.

How has Guthrie Govan Affected Me?

Ignoring Guthrie Govan’s obvious inspirational technical mastery of the guitar, I think the greatest impact Guthrie Govan has had on me is reinforcing something I have felt about playing for a while now – that essentially the guitar is a means to play music first and foremost and that music is unique to you. All of your influences and tastes will ultimately shape your own playing and help towards you developing your own voice on the instrument.

From his playing jazz fusion with The Fellowship and The Aristocrats, to dance act Young Punx, prog with Asia/GPS, and rapper Dizzee Rascal, and his own mix of all of the above in his own music, Guthrie Govan is a fine example of a musician who doesn’t box himself in.

Of course Guthrie Govan takes that to the nth degree, as his sheer musicality is a gift for sure, but he shows that there should be no boundaries or limits.

Basically just have fun and play!

Asia – America: Live in the USA

A big part of Guthrie Govan’s recent rise to world fame was his collection of videos on YouTube and partnership with jamtrackcentral.com. So be sure to check out their YouTube channel for some truly stunning playing from Mr. Govan. 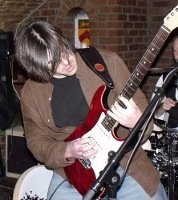 Mark McGuigan is a guitarist and private music teacher based in Edinburgh, Scotland. Probably best known for his mastertheguitar series on YouTube, he plays dep gigs in and around Edinburgh and is hoping to finally record his own material soon!

Mark’s teaching website can be found at www.mastertheguitar.co.uk, and he also blogs when he can at www.markmcguigan.com.