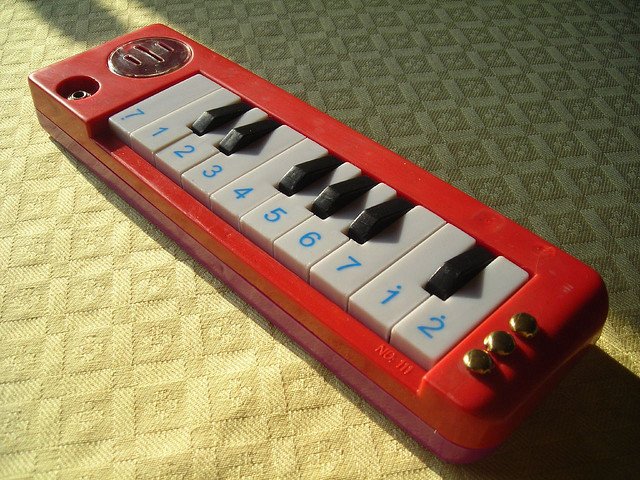 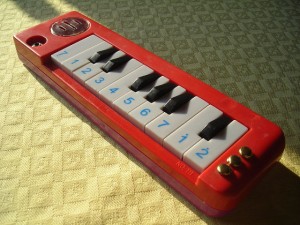 The major scale is the root of all music theory. Know it well, and the rest of music theory will become easier than you thought possible. Everything else relates back to the major scale, so it’s crucial to be familiar with its structure and scale degrees in order to unravel the rest of this voodoo.

Structure of the Major Scale

Let’s start with the C major scale, as it has no sharps or flats. Its notes are C D E F G A B C. These are all the white keys on a piano. (The black keys are all sharps and flats.) As it relates to guitar, there are two frets between every C and D. That is, there’s always one note between them, higher than C and lower than D, known as either C# (“C sharp”) or Db (“D flat”). This distance of two frets is called a whole step. In the C major scale, there are whole steps from C to D, D to E, F to G, and G to A. The remaining gaps, E to F and B to C, are half steps, a distance of one fret. Every E on the guitar has an F one fret above it.

Take a look at the whole scale again, whole steps noted as W, half steps as H:

Now you can apply this little formula, W W H W W W H, to any root note. We just did C. If you were to use E as the root, the second note would have to be F#, because you need a whole step, and E to F is only a half step. (This gets really easy and immediately applicable if you’ve taken some time to memorize every note on the fretboard.)

No need to memorize all these just yet, but here are all twelve major scales for reference:

Let’s take the F major and assign numbers to each of the notes:

These are called scale degrees. When F is the root, G is the 2, A is the 3, and so on. (The 8 is usually left out, as it’s just the root repeated. But now you can guess why it’s called an octave.) Applying the W W H W W W H framework to scale degrees, we see that 3 to 4 and 7 to 8 are half steps while all the others are whole steps.

Let’s not forget those in-between notes. Just as you can apply sharps and flats to note names to nudge them up or down by a half step, so too can you manipulate scale degrees. As with notes on a musical staff, the sharp or flat occurs before the scale degree. Ab is the b3 of F. B is the #4 of F.

Here are all twelve chromatic notes, using F as the root:

Sometimes you see #4 instead of b5 or #5 instead of b6, but you’ll be fine if you stick to only flats.

Give this treatment to any root note, maintaining the same structure, and you can relate all eleven other notes to the root through scale degrees. Remember, it all relates back to the major scale, because that defines the unaltered scale degrees 1 2 3 4 5 6 7.

From this starting point, you can now make a bit of sense of everything else in music theory. Have a few curveballs:

Even if you don’t know any of the above terms (“Super Locrian???”), you can put the pieces together by applying the given scale degrees to any root note. If you’re after C Super Locrian, start with the C major scale, and apply the formula:

You don’t need to know what it sounds like or how to use it, but you can always figure out what the notes are in any chord, scale, or melody when given the scale degrees.

For example, if C is the root, and you want to play a chord progression that goes i bVI bIII bVII, you’d play Cm Ab Eb Bb. (This particular progression is used all over the place: Sarah McLachlan’s “Building a Mystery”, Smashing Pumpkins’ “Bullet with Butterfly Wings”, Bruno Mars’s “Grenade”, Bravery’s “Honest Mistake”, Arcade Fire’s “Rebellion (Lies)”, The Offspring’s “Self Esteem”. See my article on Pop Chord Progressions for more.)

Now you’re off to the races. If you can handle the little bit of theory above, you can handle just about everything. It doesn’t get any more complicated than this until you dive into jazz theory or classical analysis. You can now play hundreds of songs just by knowing the Roman numerals for the chords. And you can translate a melody or scale from any root note to any other root note by simply using scale degrees.

Just remember, the only things you need to know are:

I purposely left a few details out, for simplicity. If any of this doesn’t make sense, or you have questions about extending your theory knowledge beyond the quick rundown above, hit me up for a quick Skype lesson, I’d be happy to clear things up for you.